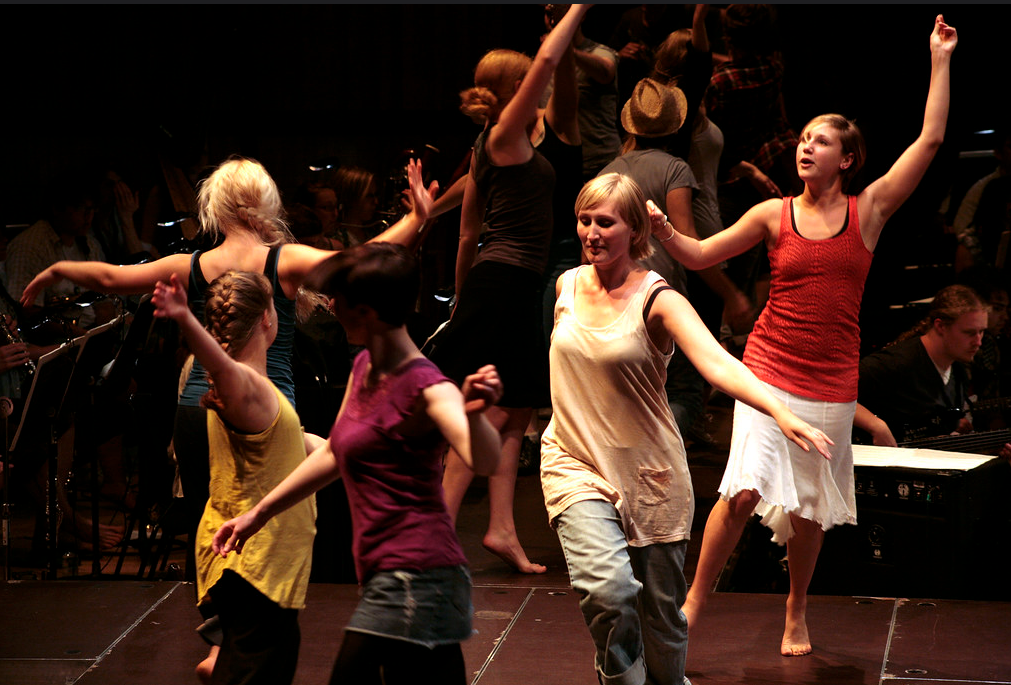 A bit hard to follow, maybe because of the mix of latin and english in the lyrics, but the musics and the theatrical bits were quite entertaining. (wikipedia link):

MASS (formally, "MASS: A Theatre Piece for Singers, Players, and Dancers") is a musical theatre work composed by Leonard Bernstein. Commissioned by Jacqueline Kennedy, it premiered on September 8, 1971, conducted by Maurice Peress.[1] The performance was part of the opening of the John F. Kennedy Center for the Performing Arts in Washington, D.C.[2] Mass premiered in Europe in 1973, with John Mauceri conducting the Yale Symphony Orchestra in Vienna.[3]

Originally, Bernstein had intended to compose a traditional Mass, but instead decided on a more innovative form. The work is based on the Tridentine Mass of the Roman Catholic Church. Although the liturgical passages are sung in Latin, Mass also includes additional texts in English written by Bernstein, Broadway composer Stephen Schwartz, and Paul Simon (who wrote the first quatrain of the trope "Half of the People"). The work is intended to be staged theatrically, but it has also been performed in a standard concert setting.