Two livecoding concerts coming up in the next days:

I'm going to play a new livecoded song called 'Fjords'. During the last days I've also finalized several little things that make livecoding with Impromptu faster (and easier, at least for me), which is good, so I'm aiming at making available those too in the coming days...

Btw I'll try to take videos of the various performances, so stay tuned! 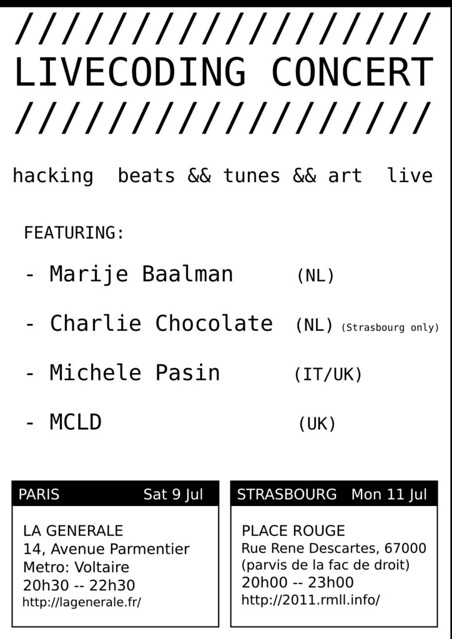