Towards an ontology for philosophy

I enjoyed watching a recent presentation by Barry Smith about ontology engineering and in particular its application in the field of philosophy itself. The presentation was hosted by the InPho team at Indian University, whose ongoing work based on creating an ontological backbone for Stanford Encyclopedia of Philosophy has drawn the attention of many.

Barry Smith is a prominent contributor to both theoretical and applied research in ontology. He is the author of many publications on ontology and related topics. In particular, the Basic Formal Ontology is a widely used top level model in the scientific community.

I'm a bit surprised that there was no mention whatsoever of the work I did a while back in the context of the PhiloSURFIcal project. Built as part my PhD, the PhiloSURFIcal software tool allowed to navigate a philosophical text, taking advantage of a map of the concepts relevant to the text. The map, in this case, relied on a rather generic ontology for philosophy, which I instantiated using concepts from Wittgenstein's Tractatus Logico-Philosophicus.

At the time I could not find evidence for any other ontology modelling the philosophical domain, and still to this day I haven't seen any that provides the same level of detail in modeling out the various nuances of philosophical ideas. 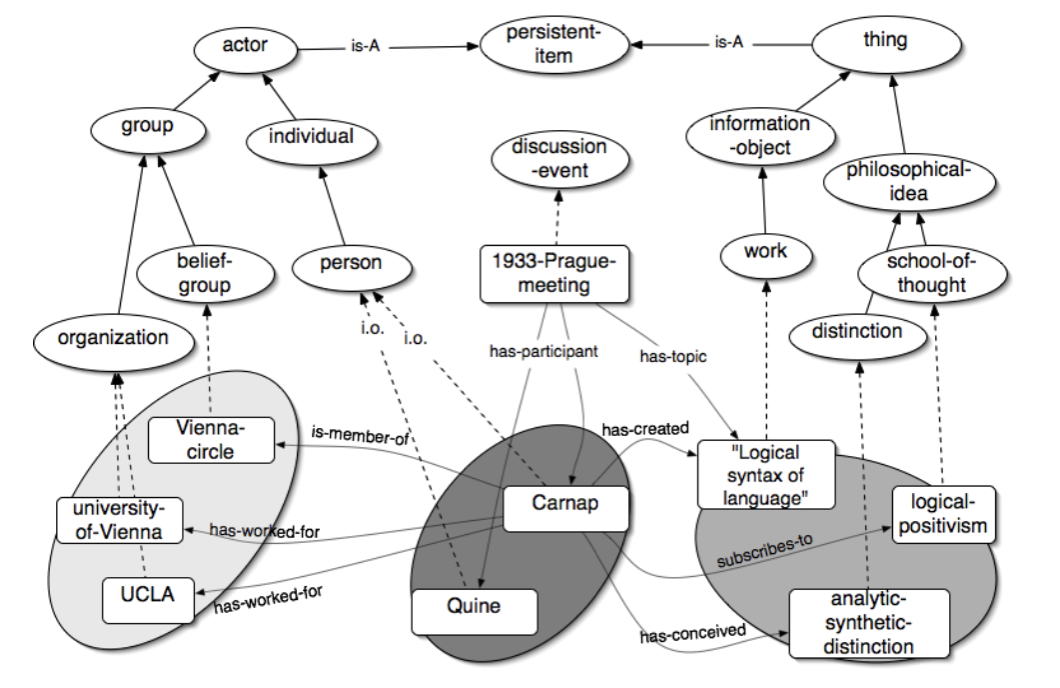 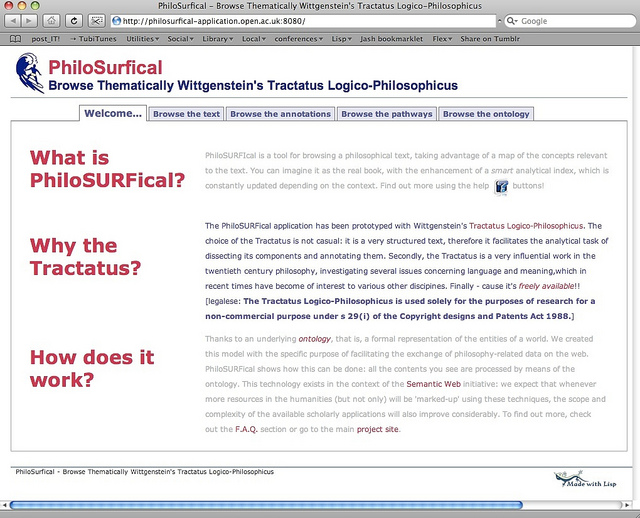 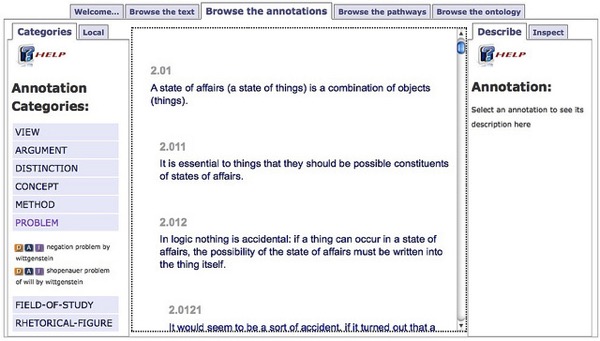 Admittedly, the OWL formalization wasn't very good (in fact I originally implemented the ontology using a KR language called OCML). Maybe though I should take this as an incentive to revive this work and publish it again using a more modern Linked Data approach!

A detailed summary of the modeling approach can be found here:

In any case, here's a few interesting links and slides from Barry Smith's presentation: 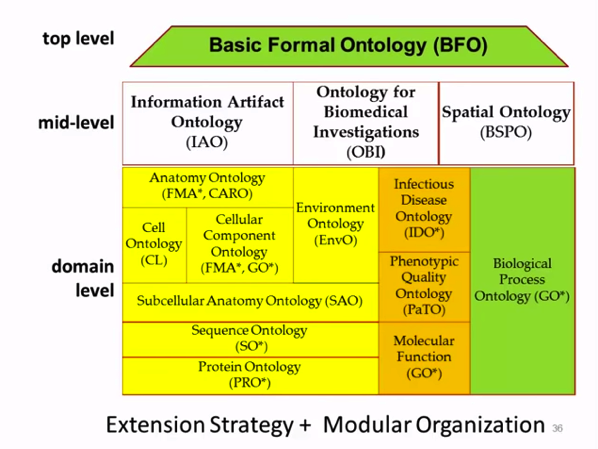 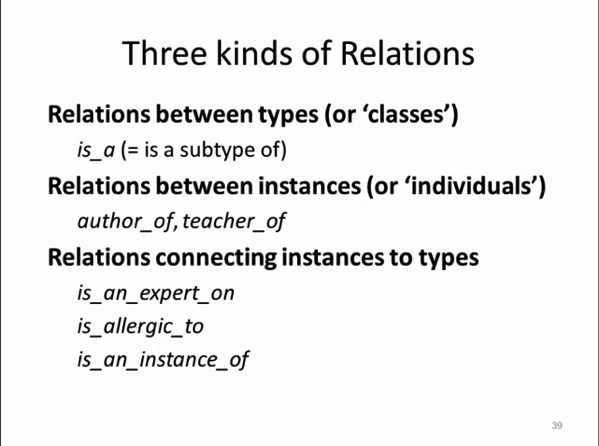 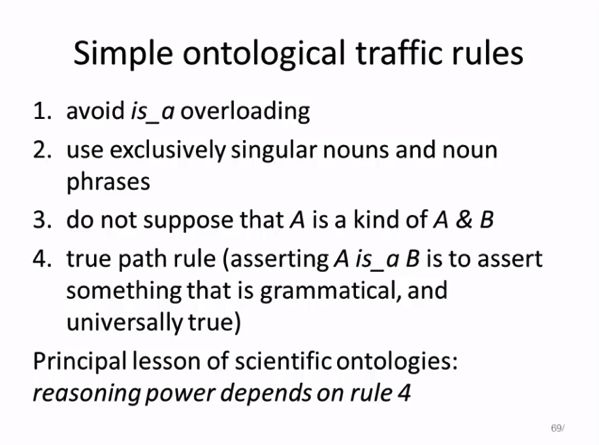 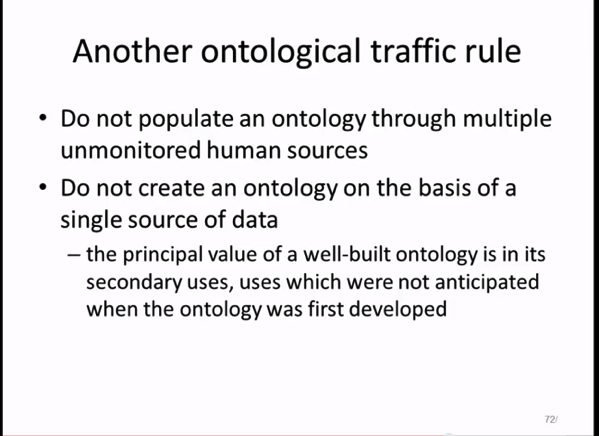 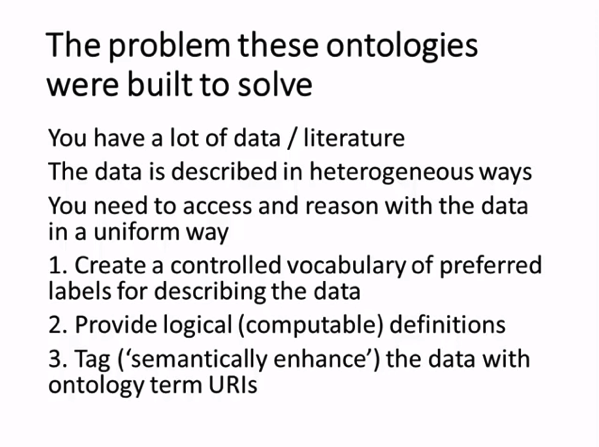 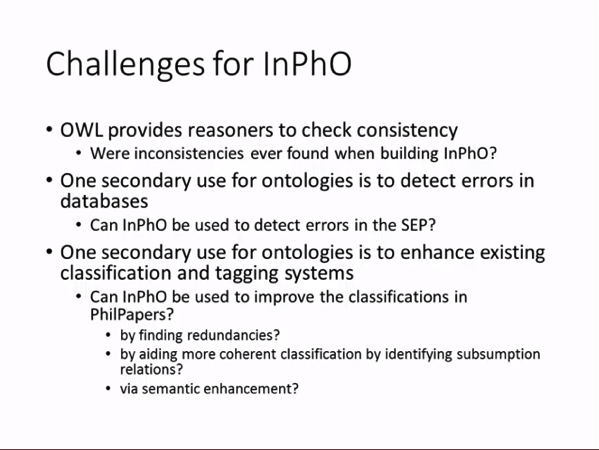 Michele Pasin. Towards an ontology for philosophy. Blog post on www.michelepasin.org. Published on June 17, 2015.


paper  Factoid-based Prosopography and Computer Ontologies: towards an integrated approach


blog  Towards a conceptual model for the domain of sculpture


paper  Prosopography and Computer Ontologies: towards a formal representation of the ‘factoid’ model by means of CIDOC-CRM


blog  Philosophy On the Air


paper  Paving the way towards the e-humanities: a Semantic Web approach to support the learning of philosophy