'The Musical Code' on GitHub

I've started a new livecoding project on Github called The Musical Code. Plan is to add experimental musical code/algorithms created via the amazing Extempore programming language (as well as it precursor Impromptu).

I have accumulated so much musical-code ideas over the years... so I've finally resolved to clean it up, reorganise it and publish it somewhere. 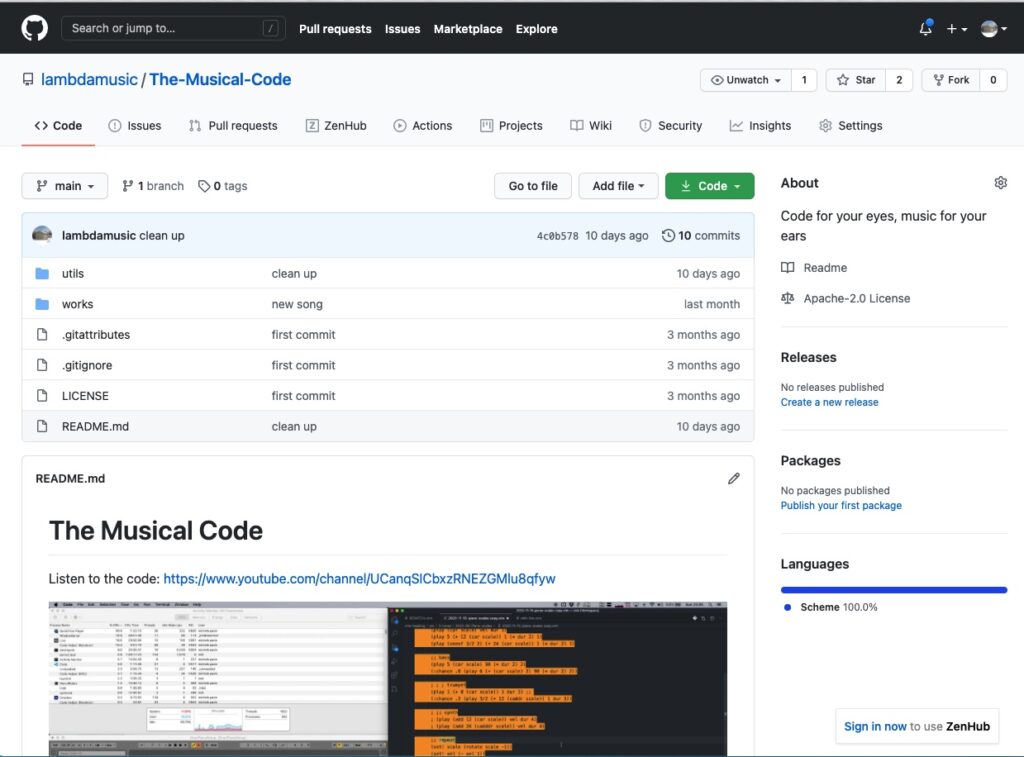 I soon realised that just the code by itself won't do it. Especially considering that the environments I used to 'run it' (and to make it go 'beep') could rapidly disappear: become obsolete, or get out of fashion!

Hence there's a YouTube channel as well, where one can find a screencast recording of each of the 'musical codes'. 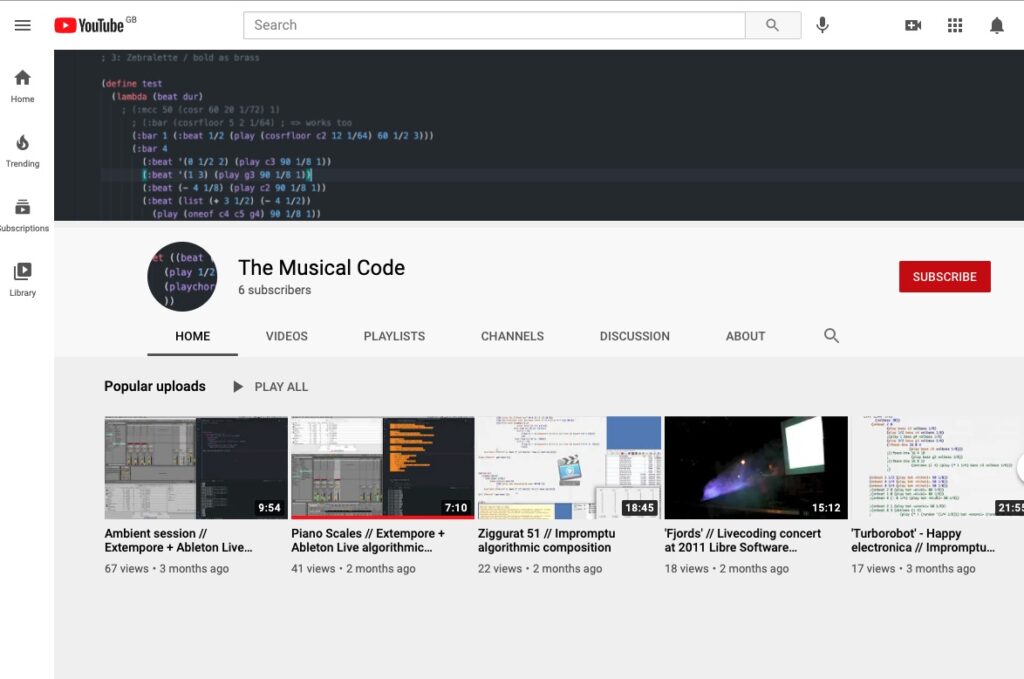 
blog  'The Kryos Noise' is available on Spotify


blog  'The Musical Code' on GitHub