These days there are a lot of browser-oriented visualization toolkits, such d3.js or jit.js. They're great and easy to use, but how much do they scale when used with medium-large or very large datasets?

The subject ontology is a quite large (~2500 entities) taxonomical classification developed at Nature Publishing Group in order to classify scientific publications. The taxonomy is publicly available on data.nature.com, and is being encoded using the SKOS RDF vocabulary.

In order to evaluate the scalability of various javascript tree visualizations I extracted a JSON version of the subject taxonomy and tried to render it on a webpage, using out-of-the-box some of the viz approaches made available; here are the results (ps: I added the option of selecting how many levels of the tree can be visualized, just to get an idea of when a viz breaks). 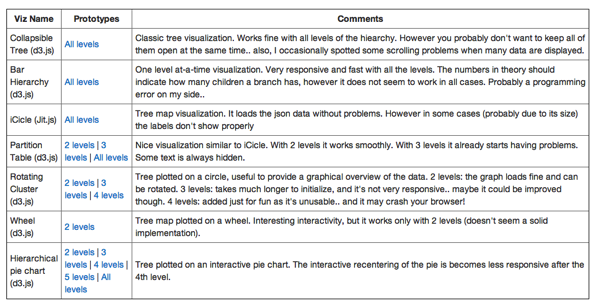 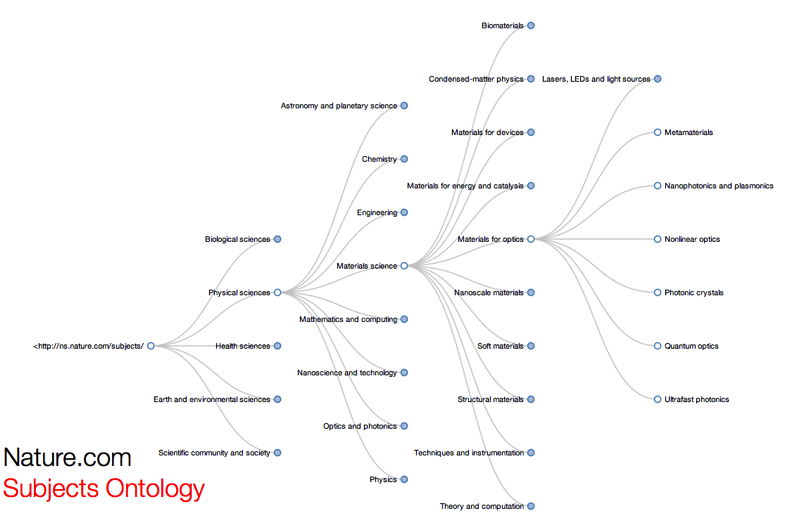 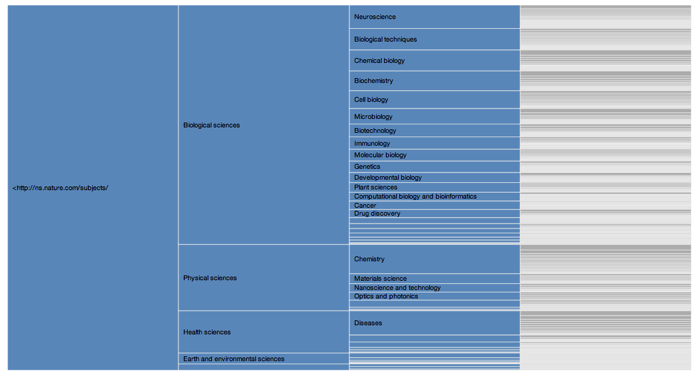 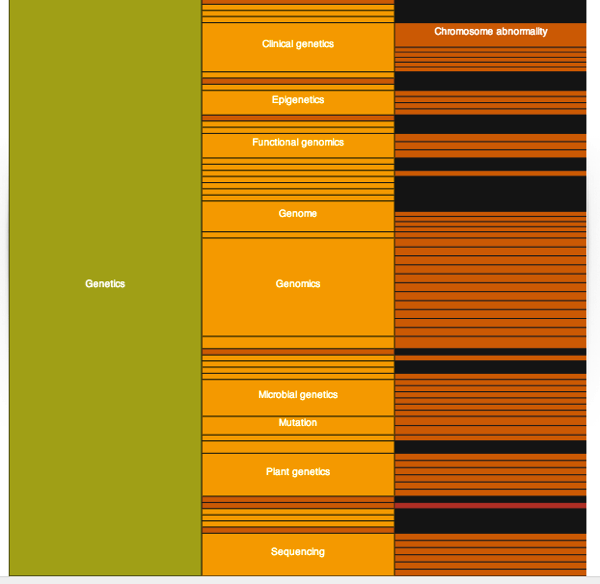 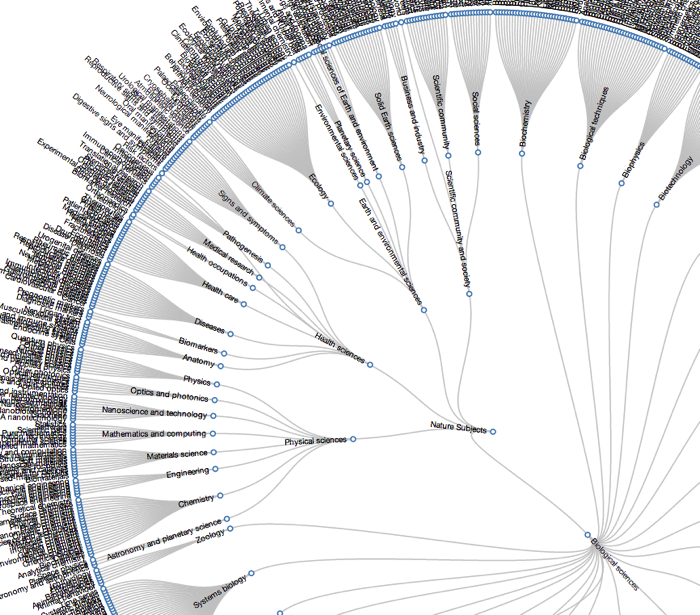 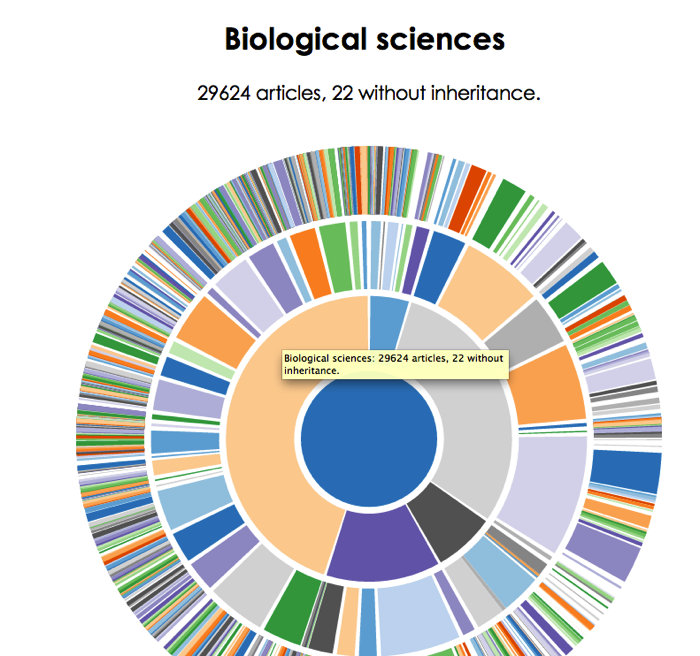 Other stuff out there that could do a better job?