Snippet to load stuff quickly in the Django shell

Sometimes you end up testing out things a lot using the handy django shell, but every time you've got to repeat the same commands to load all the necessary models, utils etc. etc. 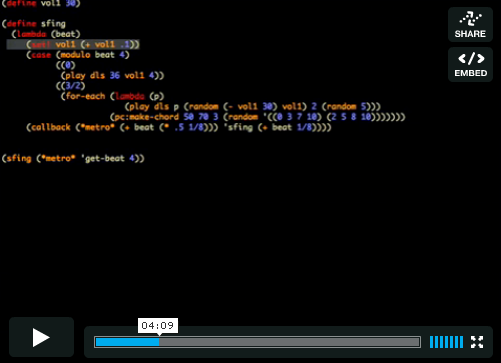 In order to do this automatically, I thought you had to modify the django-admin.py file or something like that. Nope! Here's a useful django snippet that shows how to do the job. Basically - it's very simple (I actually don't understand how I got stuck on something so obvious!), just put evetyhing you want to load  in a separate file in your project, and then load that file from the shell ;-)

''' Allows for a quick startup loading commonly used classes, installed apps, and console utils. To use: After manage.py shell, enter from project.package.modulename import * '''

# Load each installed app and put models into the global namespace. for app in models.get_apps(): exec("from %s import *" % app.__name__)

p.s. also snippets 540 and 549 provide alternative solutions to the problem!

Michele Pasin. Snippet to load stuff quickly in the Django shell. Blog post on www.michelepasin.org. Published on May 27, 2009.


blog  Setting up the new 'staticfiles' app on Django 1.3


blog  The Digital Story of Nativity and other inspiring stuff


blog  Snippet to load stuff quickly in the Django shell